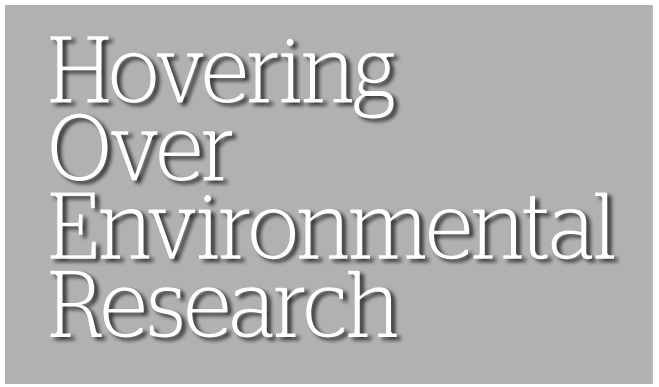 A unique helicopter is being used by the Rosenstiel School to collect vital data on climate and human health at the earth's surface.

The helicopter is black, and brashly displays the split U in orange and green.

On board is a collection of sophisticated scientific technology, turning the commercial Airbus Helicopters H125 aircraft into a Helicopter Observation Platform (HOP)—a flying laboratory that allows scientists to obtain vital information about our climate and human health.

HOP will support research missions by scientists at the University of Miami's Rosenstiel School of Marine and Atmospheric Science, and other researchers around the world by improving the understanding of the earth's environmental processes.

The aircraft is capable of collecting critical scientific information at the earth's surface, whether marine or continental, and the thin atmospheric boundary layer above it, where much of the action for the climate system is taking place.

“HOP will support the research missions of University of Miami scientists and a host of other research institutions around the world by improving our understanding of the Earth’s environment – in particular the Earth’s surface, whether marine or continental, and the thin atmospheric boundary layer above it, where much of the action for the climate system is taking place,” says Roni Avissar, Rosenstiel School dean and an experienced helicopter pilot.

Fully fueled and with both pilot and co-pilot on board, the HOP can carry a scientific payload of up to 1,000 lbs internally (about 3,000 lbs externally) and fly for nearly four hours without refueling at an airspeed of 65 knots, which is ideal for in-situ observations. Its fast cruising speed is 140 knots and its range, at that speed, is 350 nautical miles.

The Helicopter Observation Platform (HOP), housed at the Rosenstiel School, allows scientists to research vital questions related to our climate and human health.

HOP will facilitate in scientific studies of seasonal events, such as Saharan dust storms, which have an impact on marine ecosystems, global climate, air quality, and hurricane formation.

The aircraft can also aid in identification and rapid assessment of human hazards, such as "red tide" events, sinkholes, and post-disaster measurements. The helicopter's ability to access remote areas makes it ideal for environmental exploration and wildlife studies.

With HOP's advanced technology for studying key physical, chemical, and biological processes near the earth's surface, it fills an important research gap in airborne sea-surface observations.

Its hovering capability is also ideal for conducting various types of remote-sensing observations. It provides a unique and essential component of airborne measurement whose purpose, among others, is to quantify the exchanges of gases and energy at the earth surface, as well as aerosol properties that affect the environment, the climate system, and human health.

The Airbus Helicopter was funded by generous donations from the Batchelor Foundation, which provided nearly half of its acquisition cost through a challenge grant, the G. Unger Vetlesen Foundation, and an anonymous donor contributed a significant portion of the matching funds.