Schools and colleges at UM are looking at ways for communities to adapt to rising seas, and be smarter about sustainability and how we live.

A Resilient and Innovative Future

Shortly after arriving at the University of Miami, Rodolphe el-Khoury heard the chatter about South Florida being in the crosshairs of climate change, especially when dealing with rising seas.

Moving from Toronto, the new dean of UM's School of Architecture listened hard and thought about how the University and his school could be an asset to addressing the changing climate and its impacts on Miami.

"I did my homework, and Miami is different," says el-Khoury, who took his post in July 2014. "Climate change is not an abstract notion here. It has palpable consequences. The primary concern is sea-level rise, and adaptation has priority over mitigation."

Beginning with the 2016 academic year, el-Khoury says, the School of Architecture will place a spotlight on themes of sustainability, resilience, adaptation, and impacts of climate change such as sea-level rise in its curriculum, its lecture series, community service, and student capstone projects.

"We incorporate these issues in our work already, but next year will bring more intensity and focus on this," el-Khoury says. "This is really the most important issue."

Across campus, Jean-Pierre Bardet, dean of the College of Engineering, sees engineers as critical musicians in the symphony of infrastructure changes needed for cities to survive in the changing climate.

Mitigating contributors to climate change, such as emissions and greenhouse gases, needs to occur globally, Bardet says, while coastal communities like Miami focus on adapting to rising seas.

"We have to brace for adaptation. You better change the way you do business to cope," he says. "Engineers have come up with solutions against forces of nature in the past, like cities prone to earthquakes. We engineers think positively; we are problem solvers."

Bardet, el-Khoury, and Roni Avissar, dean of the Rosenstiel School of Marine and Atmospheric Science, are exploring a new partnership between the University and Miami-Dade County to harness the University's expertise across its 11 schools and colleges to assist the county in becoming as resilient as possible against sea-level rise.

The first phase of the partnership, which will assess risks, will examine water and sanitation infrastructure, and potential sea-level rise impacts on cultural and heritage sites, such as Vizcaya Museum and Gardens in Miami. The partnership looks to expand in future years to encompass and study other systems, such as transportation and health care.

With billions and billions of dollars in infrastructure at risk in South Florida, there is no time to waste.

"When you look at resilience, you have to look at a systems approach and apply an interdisciplinary approach—like design thinking in architecture—with an understanding that systems interact with each other," says Bardet.

An expert in the "internet of things," where everything you wear, touch, and feel is connected through wireless technologies, el-Khoury says systems function more efficiently when everything is interconnected.

When it comes to Miami, el-Khoury says, "We need to rethink our relationship with water" and "have faith in human ingenuity."

UM alumnus Isaac Stein, B.Arch '14, created a capstone project in his senior year that redesigned part of Miami Beach to help deal with rising seas and make it more resilient. He now works for an urban design company with a focus on mitigation and adaptation.

The College of Engineering's Civil, Architectural, and Environmental Engineering Department is conducting sustainability research in its Sustainable Building Systems Lab. Part of the research focus is on designing and operating sustainable hotels in tropical climates.

John Onyango, assistant professor in the School of Architecture, is co-founder of ZEMCH (Zero-Energy Mass Custom Homes), an international organization that is a clearinghouse for information on customizable homes that use little energy. He and his students have been working on building "250-square-foot zero-energy microunits." The smaller homes—150-square-feet less than current zoning allows—would mean less energy use and more affordability.

"When you think of adaptation," says Bardet, "the words ‘smart' and ‘intelligent' come to mind. Smart cities would be a form of adaptation."

Eugene W. Anderson, dean of the UM School of Business Administration, sees investment strategies shifting in the future—both positively and negatively—to deal with the pressures caused by the changing climate.

New business opportunities and the entrepreneurial spirit will evolve as concern over environmental and social issues increase.

"As environmental pressures grow, the demand for environmentally conscious markets will increase," Anderson says. "At the School of Business Administration, we want to challenge students to think about how business and climate change are interconnected. We want them to think, ‘What contributions am I making to my community and the world,' as well."

New innovations, Anderson says, are also needed in renewables and clean energy; an area he says is "a huge untapped market."

On the flip side, Anderson says, rising seas present serious economic issues. With many billions of dollars worth of low-lying real estate at stake, the economic impact would be severe if insurance and financial markets recognize an emerging threat. The resulting spike in insurance and interest rates would make current real estate prices unsustainable. Property values and tax bases would fall, making it harder for affected communities to adapt.

Education around climate change and its potential impacts is also key for communities and the public to make informed decisions. Much like the budding partnership between UM and Miami-Dade County cited above, the University has several other touch-points to share information with the community and those educating local children.

The School of Architecture's Center for Urban and Community Design is leading an interdisciplinary partnership with Miami-Dade County to look at resilient development. Called the Resilient Miami Initiative, it looks at a host of issues when considering development.

Sonia Chao, the director of the center and research associate professor in the School of Architecture, also organized a sustainability and resilience symposium at Cutler Bay Senior High School in November 2015 that was attended by more than 200 students.

And Lauren Barth-Cohen, a research assistant professor in the School of Education and Human Development, in July 2015 conducted a professional development workshop for local middle and high school science teachers to share the latest science and knowledge about climate change and sea-level rise.

"We can talk a lot about the environment and the science, but if we don't communicate this to the public properly, nothing will get done," says Leonidas G. Bachas, dean of the College of Arts and Sciences.

Miami, he says, is a "minority-majority city," representing the "new normal" for the United States as populations migrate and immigration continues. The city will also be looked upon to "establish itself as a leader" in fighting the effects of climate change.

The college has started a pilot faculty exchange program with other universities throughout the world. The goal is to import and export expertise and share knowledge. Bachas sees potential in using the program to share and learn about climate change research occurring in other areas of the world.

"We implemented this program because of the importance of global exchanges, internationalizing the classroom so that students can get a new and different perspective," he says.

Along with other schools and colleges it works closely with in interdisciplinary research and study, the College of Arts and Sciences, Bachas says, "wants to address the big problems that are facing the world."

"We see that students are more and more concerned about environmental issues and environmental policy," Bachas says. "Students are looking for these types of courses, so we've really listened."

These “informal cities” exist in many areas under the radar, and some sit in coastal zones … END_OF_DOCUMENT_TOKEN_TO_BE_REPLACED 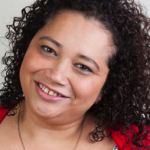 One of the newest focus areas of the University of Miami's Center for Computational Science is a look at Smart Cities concepts. A "smart city" uses digital technologies to enhance areas ranging from … END_OF_DOCUMENT_TOKEN_TO_BE_REPLACED