Planet and People in Peril

In India, authorities in New Delhi restricted the use of cars and trucks after air pollution levels skyrocketed 10 times higher than safe limits.

In the Marshall Islands, a sprawling chain of volcanic islets and coral atolls located between Hawaii and the Philippines, rising seas and saltwater intrusion have forced thousands of people to flee and resettle elsewhere.

Unequivocal signs of climate change abound. But it is more than our planet that is in peril.

Between 2030 and 2050, climate change is expected to cause approximately 250,000 additional deaths per year from malnutrition, malaria, diarrhea, and heat stress, according to the World Health Organization.

University of Miami researchers and scientists are addressing climate change on many fronts, coming up with potential solutions to mitigate and even prevent its impact on human health.

A device developed by Naresh Kumar, an associate professor of environmental health in the Miller School of Medicine's Department of Public Health Sciences, employs optical sensors to measure levels of particulate matter—microscopic particles of dust, soot, smoke, and liquid droplets that can lead to lung cancer and respiratory diseases.

A team of researchers led by John Beier, professor of public health sciences, is working with ministry of health officials in Ecuador to control populations of the dengue fever- and Zika virus-spreading Aedes aegypti mosquito, using a toxin that targets its sugar-feeding behavior.

Vector-borne diseases are an especially acute problem in the Americas. As temperatures rise and rainfall patterns change, mosquitoes remain active for longer seasons and in wider areas, putting more people at risk.

Douglas O. Fuller, professor of geography and regional studies in the College of Arts and Sciences, has been employing spatial modeling to map urban sites throughout the Americas and in Haiti where disease-transmitting vectors can be found. The goal is to use the maps to augment existing mosquito control efforts of public health officials.

With natural disasters around the world being more closely linked with climate change, an effective health care workforce capable of responding and providing care to at-risk populations during such episodes is crucial.

In response to that need, students at the School of Nursing and Health Studies are trained in disaster response and are at the ready to deploy with the Medical Reserve Corps in disaster zones. Nursing students are also educated in the epidemiology of infectious and chronic diseases, as well as the social, biological, and environmental determinants of health.

Bioclimatologist Larry Kalkstein, a professor in the Department of Public Health Sciences at the Miller School of Medicine, studies the impact of weather—from searing heat and humidity to numbing cold—on all things living. In a previous study using long-term mortality figures, he found that deaths from heart attacks, strokes, and respiratory ailments rose sharply during intense heat waves.

Working with the National Oceanic and Atmospheric Administration's National Weather Service and other agencies, Kalkstein has developed heat-health warning systems for more than two dozen U.S. cities. Other such systems—which are similar to emergency notification networks, alerting the public via radio, television, and online broadcasts whenever a potential lethal heat wave is headed their way—are in operation in Italy, South Korea, Canada, and China.

Other researchers like Joanna Lombard study how the built environment, through strategies such as green cover and bio-retention, can lessen health impacts of climate change. Coastal communities and their inhabitants are especially at risk, says Lombard.

Lombard and research assistant professor Scott C. Brown represent the School of Architecture and the Department of Public Health Sciences, respectively, as charter members of the American Institute of Architects Design and Health Research Consortium, an 11-university initiative aimed at investigating how design affects public health.

"Although the areas are not necessarily inundated, there is a sea-level rise issue that creates groundwater problems," he says. "So there are areas today where the soil is unusable for agriculture, and people are being forced to abandon these areas and move inland to areas that are better agriculturally."

The loss of fertile lands due to flooding as well as the scarcity of water caused by drought is creating a new class of environmental refugees, people forced to move due to sudden or gradual alterations in the natural environment related to impacts of climate change.

"The issue of environmental refugees cannot be understated, and it's one of the major issues in policy that climate change scientists are going to have to face," says Kalkstein. "People are going to be displaced and will move to areas where people are already settled. Not only will they bring with them diseases, but also population densities in certain areas of the world will increase."

Noting that the world population is expected to reach nearly 10 billion people by the year 2050, Pascal Goldschmidt, dean of the Miller School of Medicine, said climate change is a direct consequence of that growth. “We’re a high-energy consuming species,” said Goldschmidt, explaining that the burning of fossil fuels by more and more people contributes greatly to air pollution and global warming.

Which in turn impacts health, contributing to increased respiratory and cardiovascular disease.

“I’m not sure how well the human population will deal with this. There are solutions, but it will require change, such as the greater use of electric cars,” said Goldschmidt. “It won’t be easy, though. But if we want to manage a population of 10 billion people, we’ll have to make changes.”

The Miller School, he noted, is working to foster some of those changes, focusing much more on population-health management than it did in the past. “Five years ago we took a quarter of the medical school class and made it an integrated M.D.-M.P.H. program, which had never been done before in the United States,” said Goldschmidt. “Why? Because we needed to create a new group of physicians who would have tremendous expertise in medicine but also in public health in such a way that they could become bridges between public health and medicine.”

Last year, the Department of Public Health Sciences signed onto the Health Educators Climate Commitment, joining more than 100 other schools from across the world to ensure that their students, the next generation of health professionals, are prepared, through education and training, to effectively address the health impacts of climate change and to ensure that the world has a cadre of climate change and health experts.

"Its effects are being felt today all over the world," he says, "and it threatens our economic and national security and our health."

As part of the commitment, his department is working closely with Kalkstein to develop a research and education program in bioclimatology and climate and human health issues.

"We're not there yet," says Szapocznik, "but we're making progress."

India has restricted the use of cars and trucks after air pollution levels jumped to dangerous levels. 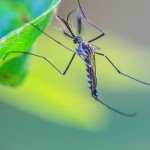 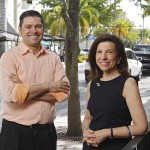 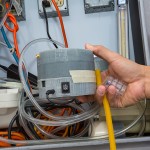 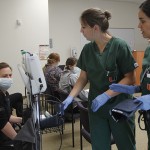 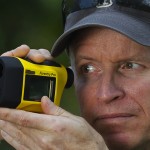 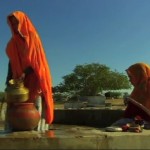